Strongyles are responsible for the most damage to horses caused by any parasites. There are over 34 species of strongyles divided basically into 2 groups. The large strongyle group has been the most damaging until recently. The education of horse people concerning internal parasites over the last 50 years and the development of new more effective deworming medications has tremendously reduced the harmful effects of strongyles in the horse industry. However, the prolific nature of the worms has allowed them to withstand the effects of these deworming medications. Some horses pass as many as 5000 strongyle eggs/gram of stool. A drop of dew taken from a blade of grass in a pasture may contain as many as 100 infective larva.

Some studies have indicated that 80%-90% of colic in horses are caused by strongyles. Both large and small strongyles have been proven to cause colic. The larva stages of large strongyles migrate throughout many tissues in the body of the horse such as liver, arteries, and intestinal lining. Small strongyle larva exist in the lining of intestine and cause colic when they exist in large numbers.

Signs of Large Strongyles in Horses

The earliest and most diagnostic sign is microscopic eggs in the fecal samples. Routine fecal egg counts with the proper treatment that is indicated can prevent your horse from suffering the effects of severe Large Strongyle infections that may produce the above-mentioned signs.

What are Large Strongyles?

There are 4 species of large strongyles, Strongyles vulgaris, Strongylus edntatus, Strongylus equinus, and Triodontophorus. Until around 1980 Strongylus vulgaris was the most harmful worm in horses. The larvae migrated through the abdominal organs and into the main artery that supplies the intestine known as the cranial mesenteric artery. Where this artery comes off the aorta these larvae seemed to gather. They caused considerable irritation to this area with the formation of blood clots and degeneration of the artery by disrupting the lining and weakening the artery wall. 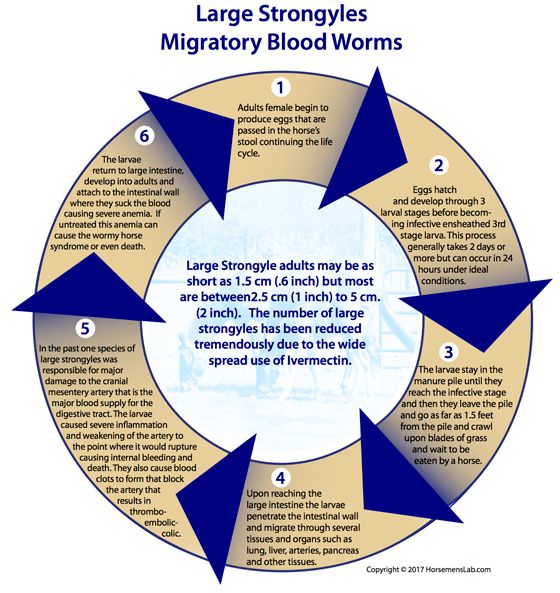 Signs of Small Strongyles in Horses

Signs include sudden weight loss, diarrhea, colic, intestinal pain, rumbling in bowels, Neutrophilia, or an increase in a type of white blood cell Hypoalbuminemia, or a decreased level of the protein albumin in blood Hyperglobulinemia, or an increase of globulins in blood fibrous cysts in the cecum and colon disruptions in absorption and digestion extensive fluid loss.

These signs can be seen in horses that are kept in very poorly managed stables with poor parasite control. Keeping the horse's surrounding clean and picking up piles of manure every 2 - 3 days will greatly limit the horses exposure to infective larvae. Again the best way to keep small Strongyles in your horses under control is to do periodic fecal egg counts. Strongyle eggs are by far the most common worm eggs found in fecal egg counts.

What are Small Strongyles?

Small strongyles have several names. One is scientific Cyathostomins. Another is non-migrating due to the fact unlike migrating or large strongyles that the larvae migrate through several abdominal organs. Small strongyles only burrow into the mucosal lining of the large intestine and become encysted there normally for 2-3 weeks, but may remain encysted and viable for 2.5 years. They are now by far the most common parasite of horses. Dr Nielsen and Dr Reinemeyer state in their book Handbook of Equine Parasite Control there are over 50 species of small strongyles. 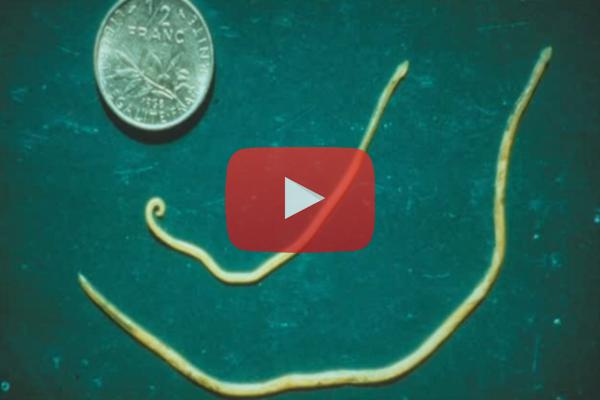 Please click on thumbnails to read more about Strongyles: 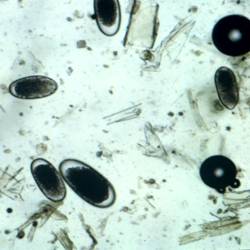 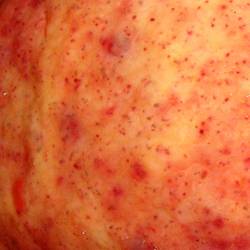 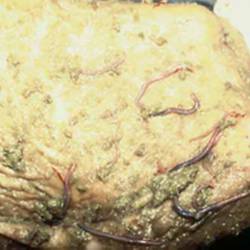 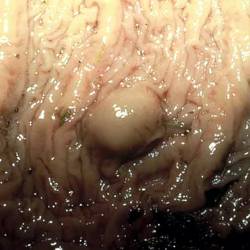 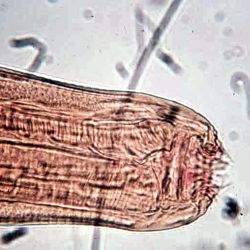 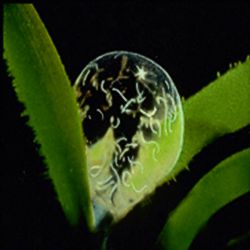 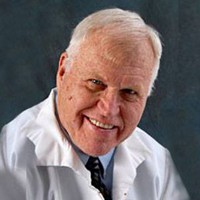 More Information About Worms in Horses 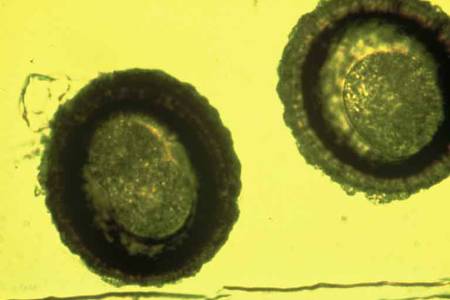 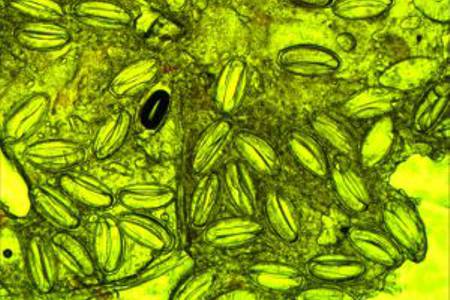 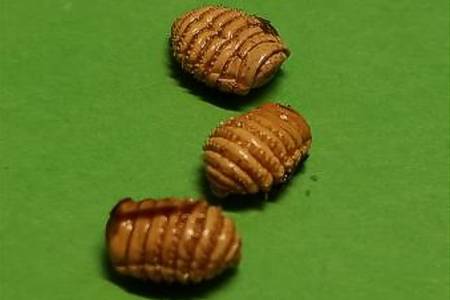